Bennett and Lacey were born into a world of beeping monitors, probes, tubes, lots of hands – checking vitals, performing tests, surgeries and therapists skillfully manipulating their movements in hopes of training their bodies to follow suit. Bennett was born on January 27, 2000 after a relatively uneventful pregnancy. His parents, Hillary & Jeff, were extremely excited to welcome their first child into the world. However, almost immediately they knew something wasn’t “right”. Bennett’s movements were sluggish. He didn’t cry nor open his eyes; and, had significant issues breathing and keeping his oxygen intake at an acceptable level. After three weeks in the neonatal intensive care unit, a geneticist finally shared the diagnosis – a very rare genetic disorder called Joubert Syndrome. Bennett’s parents were told their new baby was, at that time, one of about 200 people in the world with this diagnosis. Joubert Syndrome is a neurogenetic disorder characterized by low muscle tone, impaired coordination, developmental disability, abnormal breathing pattern, abnormal eye movements, and a distinctive brain malformation. Jeff & Hillary were told that Bennett would most likely not survive infancy and that any future pregnancies had a 1 in 4 chance of the child also being born with Joubert Syndrome. Armed with this devastating news, Hillary & Jeff took their baby boy home; determined to give him the best possible chance to prove the doctors wrong. The first few months of Bennett’s life were literally focused on keeping him alive. His parents would take turns at night, one sleeping and the other staying up making sure that Bennett was breathing.

As time passed, Bennett did grow stronger, both physically and mentally despite daily challenges and numerous surgeries and set- backs. His incredible personality began to develop as well. From early on he was loving, caring, happy and brightened whatever room he was in. Lacey was born on January 18, 2013, almost thirteen years after Bennett. Fortunately, her stay in the NICU was only a week. Lacey, also diagnosed with Joubert Syndrome, has faced many of the same struggles as Bennett including a fragile infancy full of sleepless nights; but, generally her health has been better than his was to this point. She still has similar physical challenges – requiring assistance with daily activities including walking. Unlike Bennett, she is non-verbal, causing deep frustration for her. Bennett is now 19, a rising Senior at Roswell High School. He loves to be the life of the party! Bennett is extremely active in North Fulton Young Life, sings the National Anthem at Special Olympics annually, loves music and is working towards becoming a playwright. Lacey is 6 years old and a rising First Grader at Mimosa Elementary. She is creative with an innate sense of humor. She has developed a love for entertainment, has watched “The Greatest Showman” so many times that practically the entire family knows all the lines. She gets around her iPad like a pro, making her own movies, playing music and even FaceTiming friends (without her parents’ knowledge!) Lacey especially loves dance. It’s a part of her. She is a student at Atlanta Dance Central and excels in their adaptive dance program. Sunshine on a Ranney Day is excited to build an In-Home Therapy Room for Bennett & Lacey! On average, this family attends 7 therapy sessions and 2 doctors’ appointments each week. Our hope is that through access to a therapy room in their home, Bennett and Lacey will continue to grow stronger and accomplish more each day!
Photography by Nicole Photography 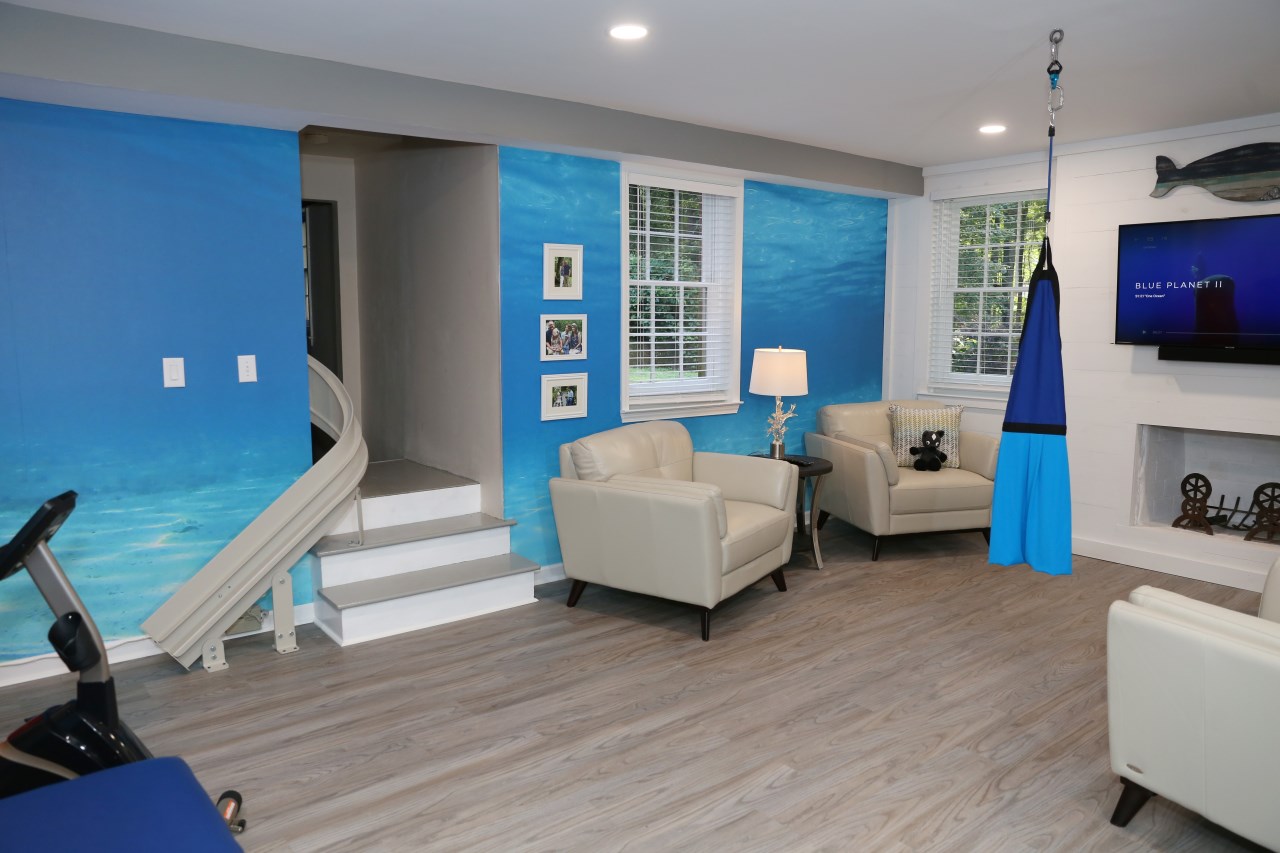